In the fall of 2019, the KC Streetcar Authority, along with ETC, conducted a customer satisfaction survey. The primary objective of the survey was to collect and analyze customer opinions regarding all aspects of service. The information collected is intended to serve multiple objectives, including overall satisfaction with KC Streetcar services and who, how, and why riders are using those services.

The 2019 KC Streetcar Onboard Customer Satisfaction Survey was conducted during September 2019. The survey was administered on-board KC Streetcar service on both weekdays and weekends. More than 340 weekday riders and 375 weekend riders completed the survey. The results for the random sample of 722 KC Streetcar customers have a 95 percent level of confidence with a precision margin of error (MOE) of at least +/-3.5 percent (weekday +/- 5.5 percent; weekend +/- 5.5 percent). 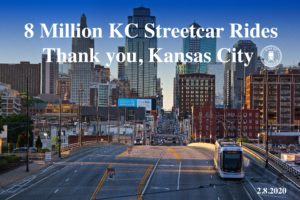 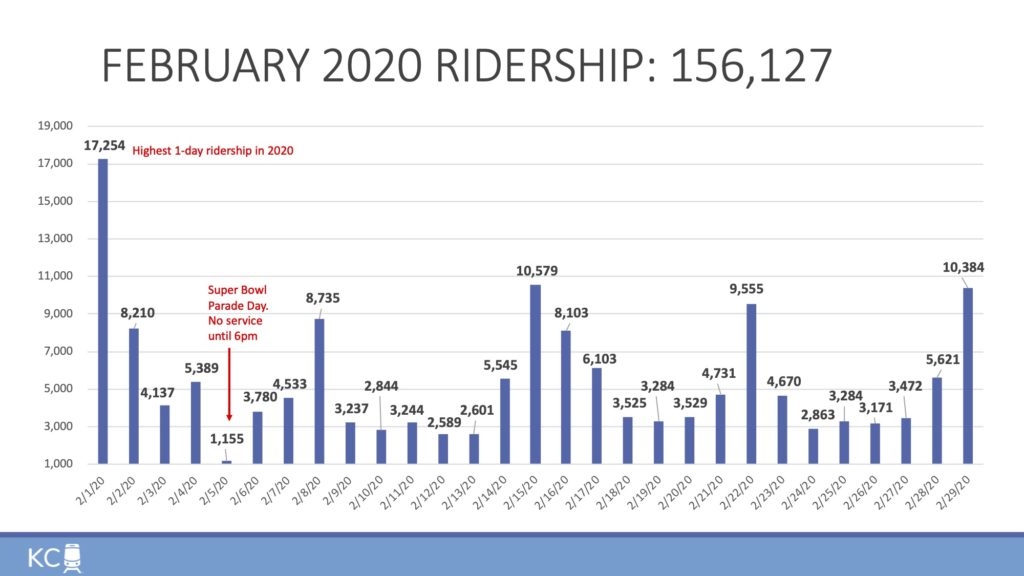 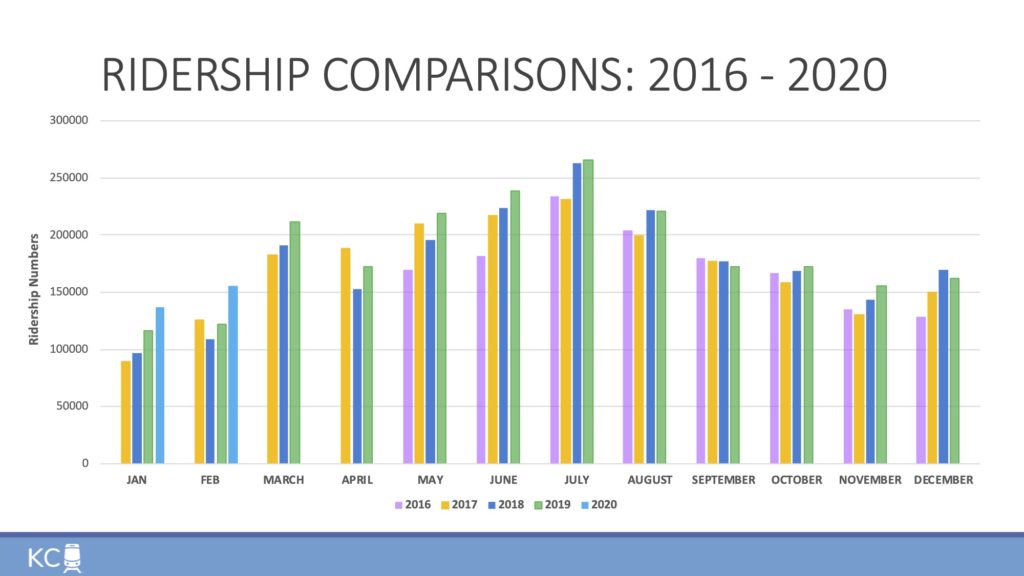 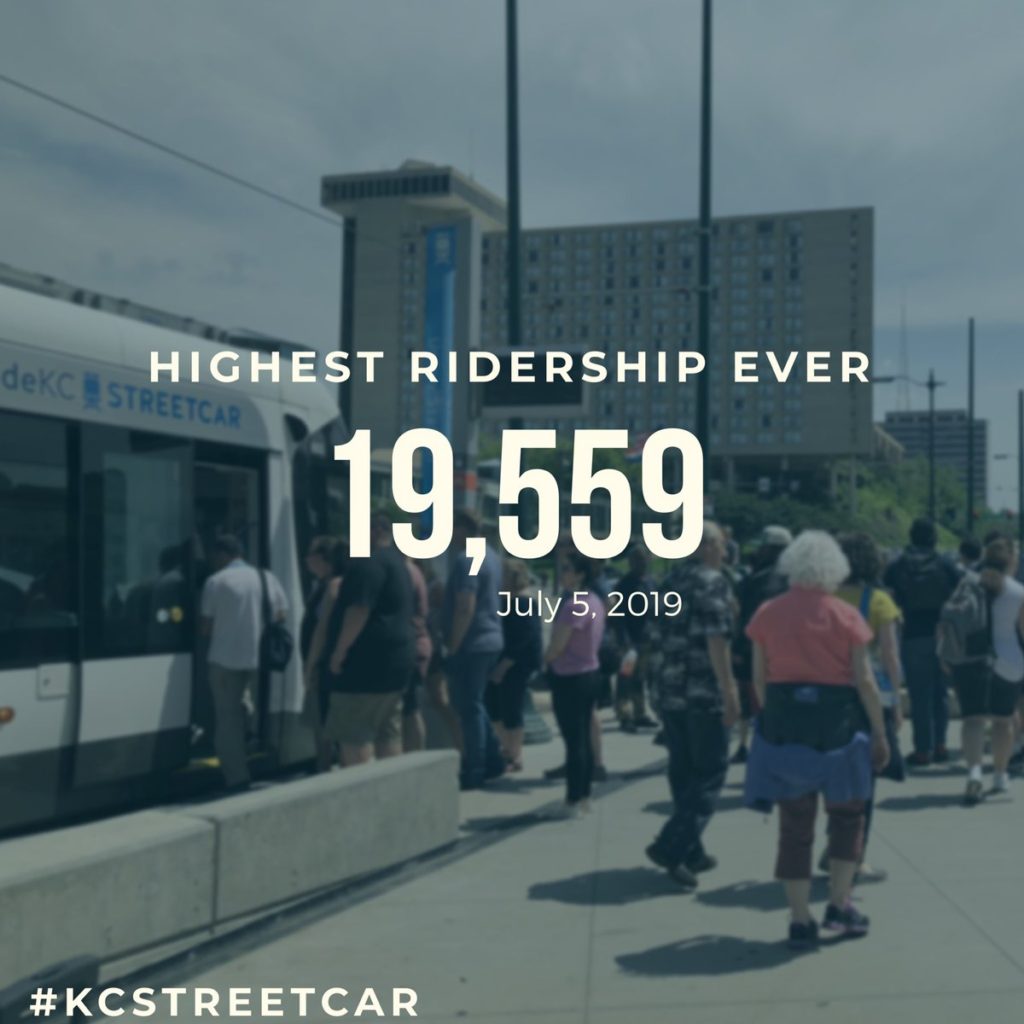 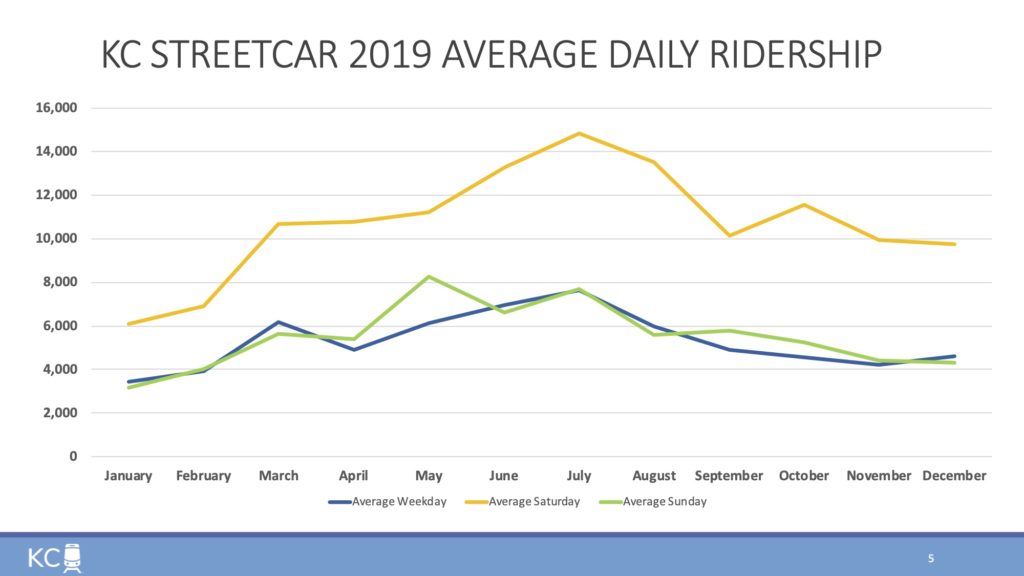 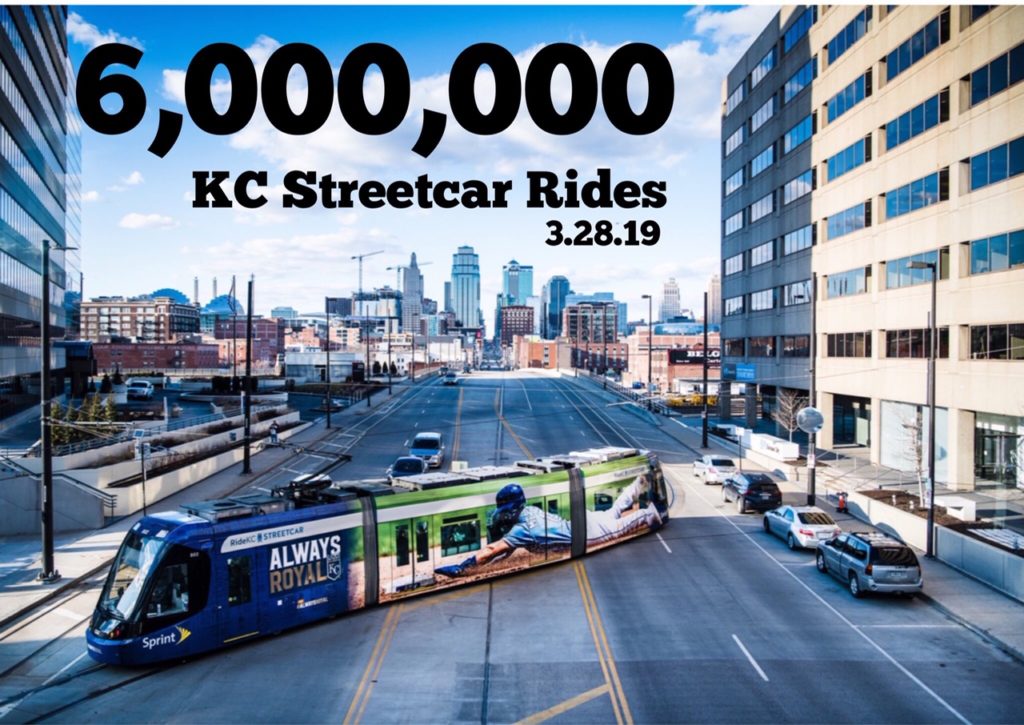 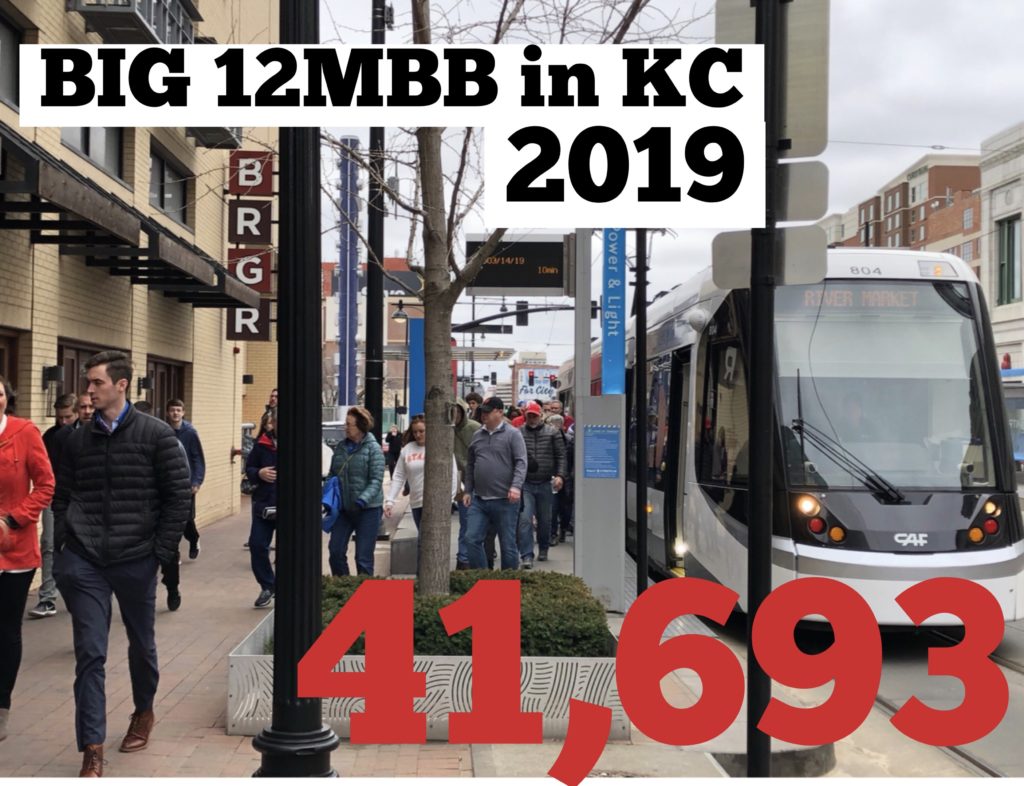 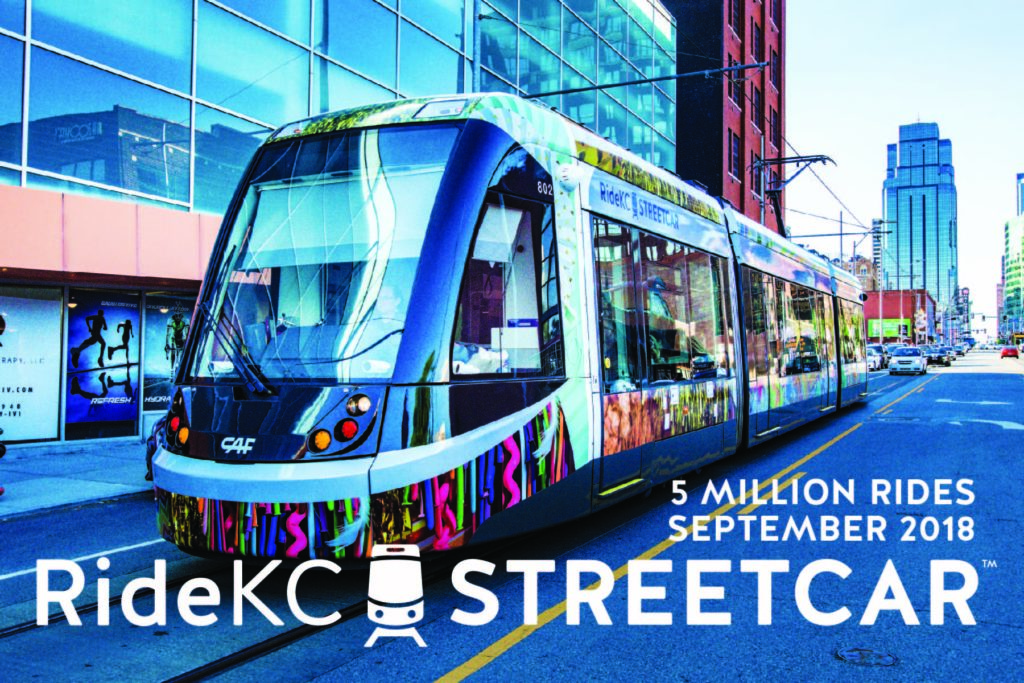 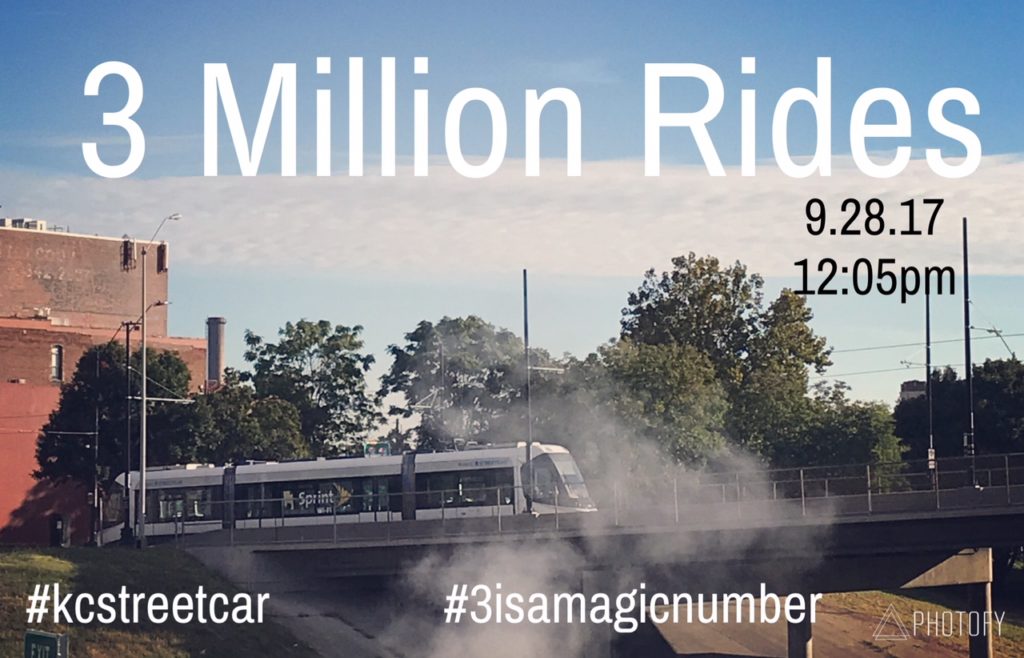 The KC Streetcar Authority monitors and tracks daily ridership on board the KC Streetcar. Streetcar ridership, otherwise known as “Unlinked Passenger Trips”, is the national standard used by the Federal Transit Administration (FTA) for calculating usage on public transportation systems across the county.   FTA Definition of “Unlinked Passenger Trips” (UPT): The number of passengers who board public transportation vehicles. Passengers are counted each time they board vehicles no matter how many vehicles they use to travel from their origin to their destination.   KC Streetcar ridership or UPTs is calculated by Automated Passenger Counters (APC) located over each door of each streetcar vehicle. Passengers are counted as they board and exit the streetcars, and the data collected shows which stops are the most used and which hours of the day are the busiest.   The ridership data is downloaded and reviewed daily by a third-party for accuracy, using the same methodology utilized for transit services regionally, and common across the county. During 2016, members from the Ride KC team performed six manual passenger count verification tests, totaling 60 round trips on the system. The the six tests showed the automatic passenger counters (APCs) to be 98.2% accurate (APCs were 1.8% below manual counts). Manual passenger counts continue on a regular basis by a third party.   Click here for the full summary of those 2016 Passenger Count Manual Verification Tests.