Click here to view what was shared at the public meeting.

In addition to alignment and recommendations, the final plan will also outline the financial analysis of capital and operating costs, potential funding sources, and possible federal grant opportunities. The objective of the study is to evaluate overall feasibility and reach consensus on a locally preferred alternative based on community input. 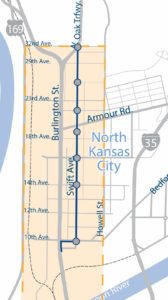 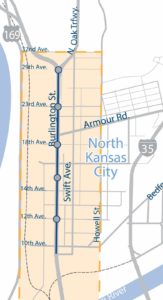 Study Begins To Take the KC Streetcar Over the River

The Kansas City Streetcar Authority (KCSA) is working with the City of North Kansas City, Missouri (NKC), and the Kansas City Area Transportation Authority (KCATA) to refresh the feasibility of a streetcar over the Missouri River.  This study is estimated to be complete by the end of 2022. Click here for information about the project consultant team.

NorthRail Streetcar Study at a Glance:

The NorthRail Study is investigating river crossing options, preferred alignment, and stop locations to connect Downtown Kansas City with North Kansas City via an extension of the modern KC Streetcar. The study also includes a financial analysis of capital and operating costs, funding sources, and possible federal grant opportunities. The objective is to evaluate overall feasibility and reach consensus on a locally preferred alternative based on community input. This study is estimated to be complete by the end of 2022.

Simultaneous to this study, KCSA and partners are working to identify funding to advance the preferred plan towards environmental clearance, design, and related construction and operations funding. 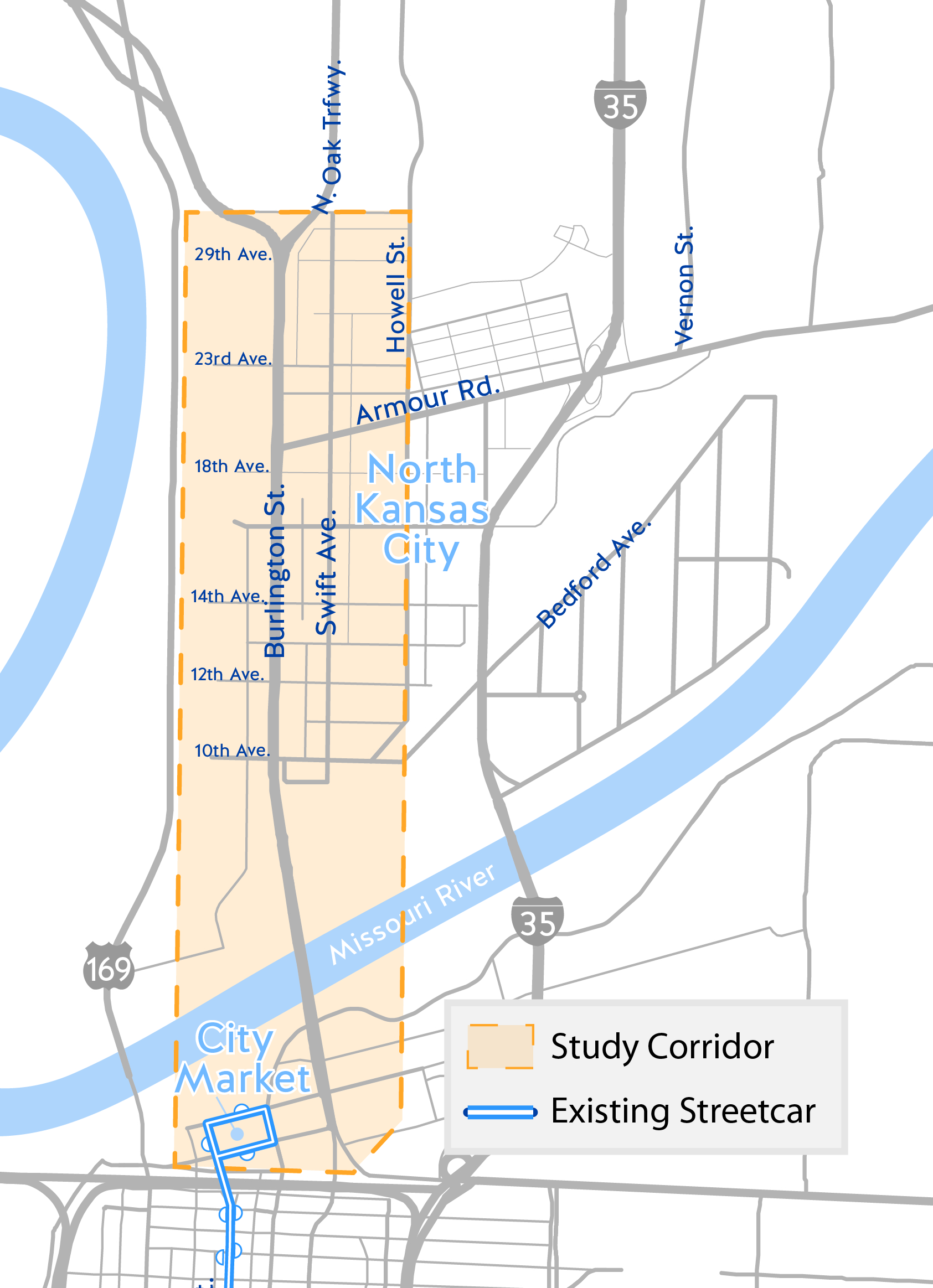 The primary study area extends from the existing downtown streetcar line in the River Market, across the Missouri River, to approximately 32nd Avenue in North Kansas City, Missouri. The study area is bounded on the west by the Armour-Swift-Burlington (ASB) Railroad Bridge and the BNSF railroad right of way and on the east by Charlotte and Swift Streets.

In 2014, the City of North Kansas City and the City of Kansas City, Missouri, conducted a preliminary study of a streetcar route north of the Missouri River. Results from the 2014 will help to inform the current study. The initial study was conducted prior to the opening of the existing downtown Streetcar line. Since 2014, the land use and development patterns in NKC have continued to evolve. An extension of the Streetcar system into NKC would support major themes in the City’s 2016 Master Plan, be a strategic investment in the future of NKC, and provide enhanced multi-modal connectivity across the Missouri River.

Purpose and Need of Project

A successful NorthRail Extension will Connect, Enhance, and Develop North Kansas City and its integration with the region-wide transportation network. 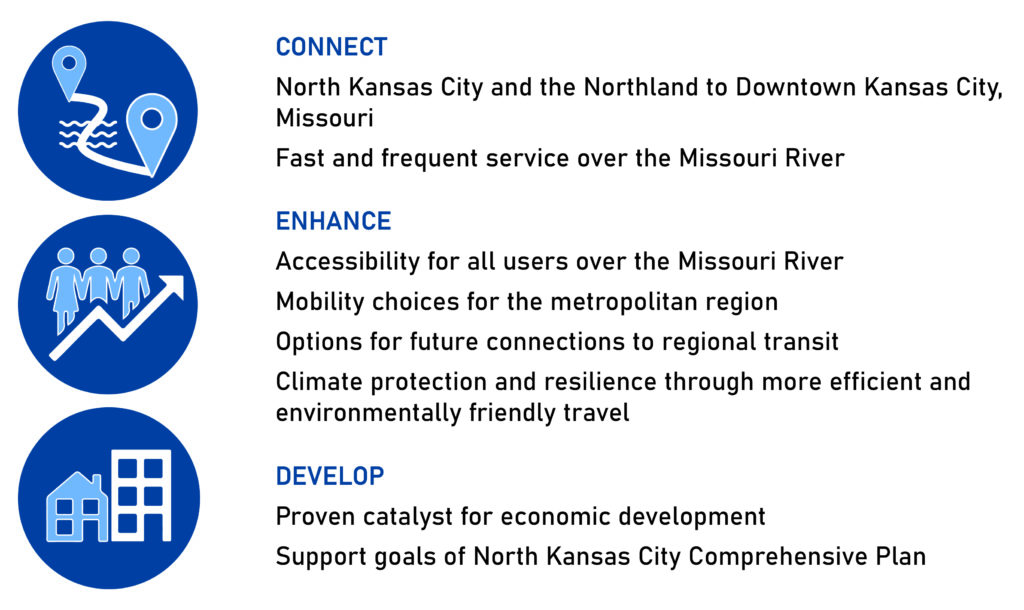 A number of initial alternatives were evaluated focusing on three separate, but connected, geographic areas: