Soundtrack for the Streetcar 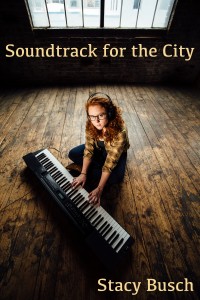 On Friday, August 5, between 11:30 a.m. and 1:30 p.m., KC Streetcar patrons will have a unique opportunity to experience new and original music composed by local artist Stacy Busch for the KC Streetcar.

Soundtrack for the City is a musical experience designed specifically for the Kansas City Streetcar. Busch composed 9 songs that are inspired by the various stops along the streetcar route. To enjoy the performance, simply hop off the streetcar and listen to the music which will be playing on the kiosks at all KC Streetcar stops.

Click here to learn more about the artist and preview the music!

This project is made possible because of a partnership with the Art in the Loop Foundation and the Kansas City Streetcar Authority.

Art in the Loop is partnering with the KC Streetcar Authority to install the following temporary installations and performances at streetcar stops from July through September: