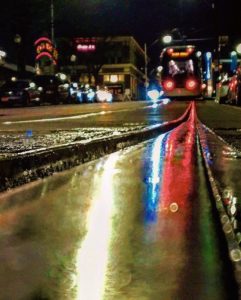 The new Sunday service schedule will run streetcars from 7:00 a.m. and until 11:00 p.m., adding an extra hour in the evening. This change is based on ridership demand and downtown activity.

Sunday is typically the second busiest ridership day of the week for the KC Streetcar, but offers the lowest service level in terms of hours of operation and number of streetcars on the route. This change in operations will better serve the downtown residents as well as those visiting for events at the Sprint Center, the Power & Light District, The Midland Theater, Union Station and everything in between.

KC Streetcar ridership has been steadily increasing in 2017, with 183,077 completed passenger trips in March, a 46 percent increase from February. Ridership received a boost as a result of the various college basketball tournaments held downtown.  The Big 12 Basketball Tournament ridership numbers were 33,500 between March 8 – 11, and the NCAA Midwest Regional Tournament ridership numbers were 33,132 between March 23 – 26.