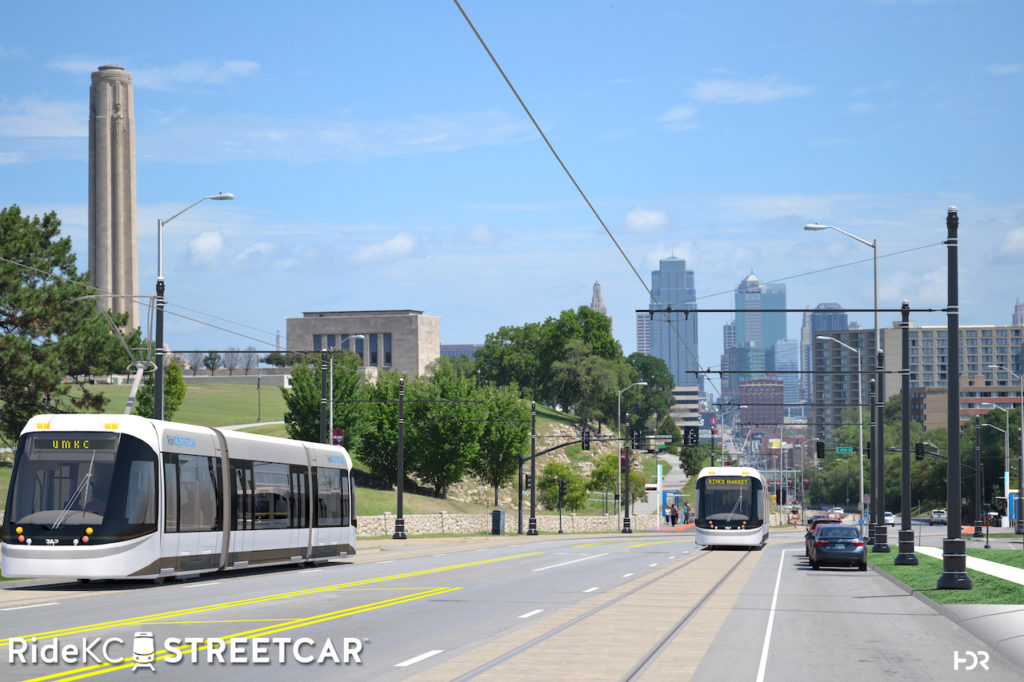 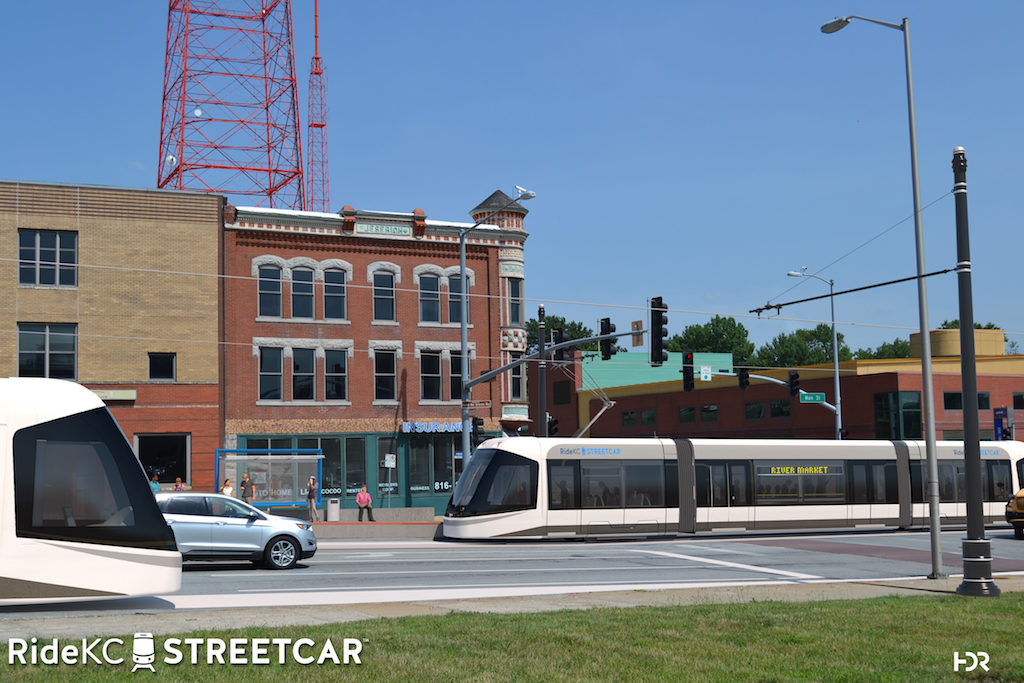 The KC Streetcar project team, consisting of the KC Streetcar Authority (KCSA), the KC Area Transportation Authority (KCATA), the City of Kansas City, MO (KCMO), and the consultant team led by HDR, Inc., has continued to advance the project planning for the Main Street Extension to UMKC, including work to refine streetcar stop locations, track alignments, and coordinated transit connections.

Based on the technical analyses, public feedback, and detailed evaluation of the merits of each lane placement, or track alignment (outside-running vs. center-running), the project team will be advancing the outside-running alternative into the next phase of detailed project design.

The primary factors that led to the selection of outside-running include the following:

Pedestrian Needs: An outside-running alignment, with station-stops on the outside of the street, would offer a more pedestrian friendly environment and easier access to adjacent businesses while waiting for a streetcar. Public feedback strongly favored outside running for this reason.

Bus Integration: Station stops on the outside of the street can be designed for shared-use with buses and better support bus bridging when necessary. A center-running alignment would generally preclude such sharing because buses only have doors on their right sides.

On-Street Parking/Loading: Preliminary concepts indicate that an outside-running alignment could allow for as much as 20-percent more on-street parking/loading capacity than a center-running alignment, due to the inclusion of a raised median in the center-running option. The raised median consumes width within some portions of the corridor where the outside-running alternative can operate without a width-consuming center turn lane.

Consistency: Station-stops on the outside of the street are consistent with the existing system and with passenger expectations.

This outside running track alignment decision will be implemented largely for the portion of the extension from Union Station to 45th Street. The section of route between 45th Street and Volker Boulevard will undergo additional evaluation, and the southernmost route section between Volker Boulevard and 51st Street is planned to use the Country Club right-of-way.

A news release about the advancement of the track alignment can be found here.